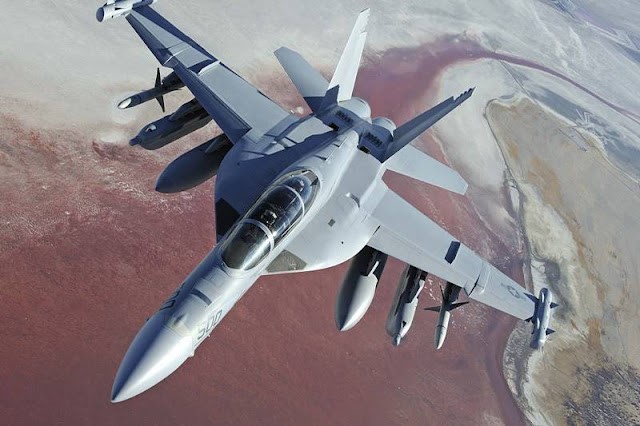 “The U.S. Navy stood up a new official EA-18G Growler Demo Team at NAS Whidbey Island, Washington. The team is made up of crews and aircraft from Electronic Attack Squadron 129 (VAQ-129), also known as “Vikings”, which is the Fleet Replacement Squadron (FRS) that is in charge of the training of all naval aviators that will fly the Boeing EA-18G Growler.

The EA-18G Growler is the specialized version of the F/A-18F Super Hornet for Electronic Warfare (EW) and Suppression of Enemy Air Defenses (SEAD), which replaced the aging EA-6B Prowlers. Its most distinguishable features are the special wingtips housing the AN/ALQ-218 wideband receivers and the AN/ALQ-99 tactical jamming pods, which will soon be replaced by the new Next-Gen Jammer.

“The Growler Demo Team performs at air shows across the United States as part of the U.S. Navy Legacy Flight Team, designed to keep Naval Aviation’s ties to its proud heritage alive and viable.” So, they will not perform in a full demonstration, but rather they will fly with legacy aircraft during air show in a similar fashion as the U.S. Air Force Heritage Flight.”