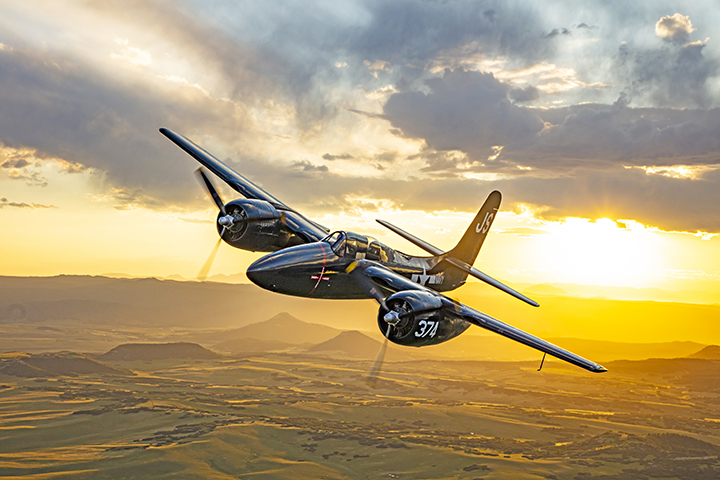 The F7F Tigercat was designed as a carrier aircraft. This twin-engine fighter was created to fly off the decks of US Navy Midway-class aircraft carriers. However, its low-speed performance characteristics made it generally unsuitable for carrier operations. It therefore went on to be utilized as a land-based attack fighter by the United States Marine Corps instead. The Tigercat production came too late to see action in WWII. It did see some action in the Korean War. This Tigercat is one of seven F7F’s flying in the world today.