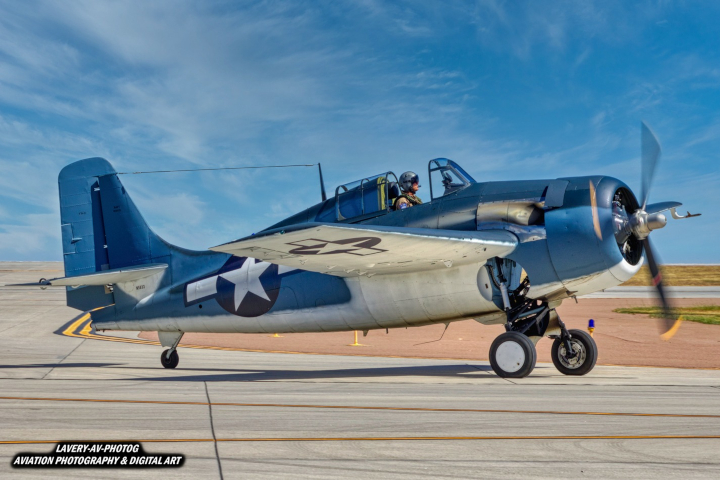 The only effective U.S. Navy fighter early in the war, the Grumman F4F Wildcat was out-performed by the Japanese Zero. Creative air-to-air combat techniques and training turned the advantage to the Wildcat when in multiple-aircraft dogfights.

The Wildcat’s rugged construction and America’s better-trained pilots kept the advantage, with a reported kill ratio of nearly 7 enemy aircraft shot down for each Wildcat.

After Grumman stopped producing Wildcats in 1943, General Motors’ Eastern Aircraft Division built them as the FM-1 and FM-2. The FM-2 had four .50-caliber machine guns, versus six on the F4F; it also had a taller vertical stabilizer and split flaps. Of the 7,825 Wildcats manufactured, 5,837 were FM’s.