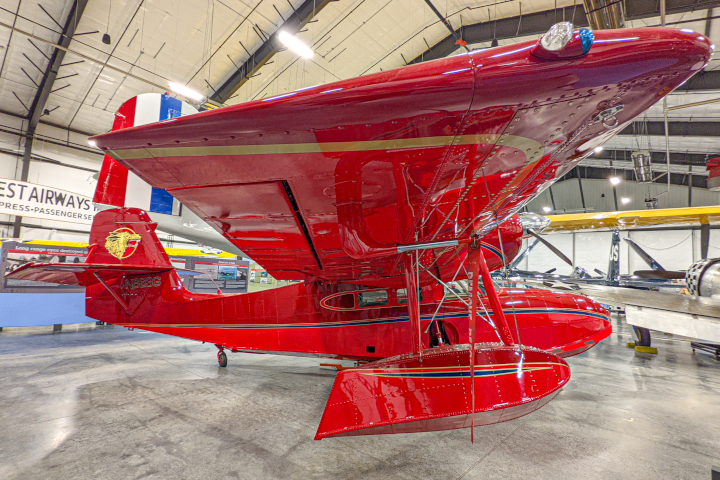 The Grumman G-44A Widgeon is a small, five-person, twinengine, amphibious aircraft named after the North American widgeon, a species of duck. The Widgeon was originally designed for the civil market, but 16 were impressed into military service early in the war. The first production military aircraft went to the U.S. Navy as an anti-submarine aircraft. On August 1, 1942, a US Coast Guard J4F Widgeon sank a German U-boat off the coast of Louisiana. Widgeons were produced from 1940 to 1949.