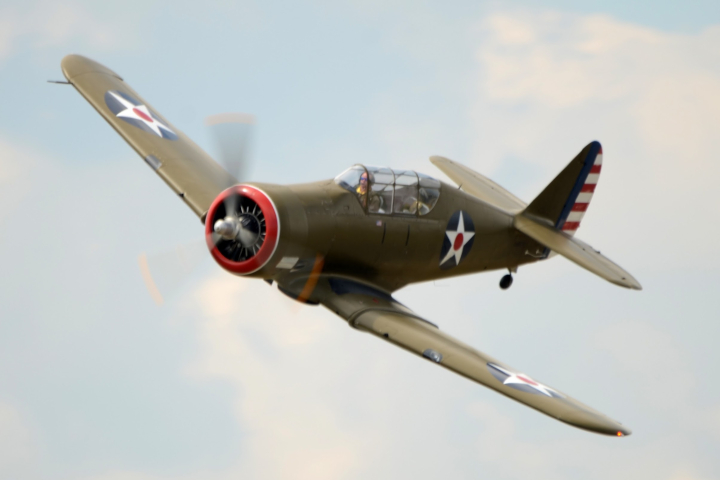 The NA-50 was a single-seat, single-engine, low-wing cantilever monoplane fighter that was developed primarily for export to the Peruvian Air Force in the late 1930’s. The design evolved from the North American NA-16/BT-9 basic training aircraft, with the first aircraft being delivered in 1939.

The NA-50 in the airshow is a unique aircraft, built up as new by WestPac Restorations in 1989 from North American NA-50 drawings using a North American SNJ4 fuselage, T6G wings shortened by 72” to a wingspan of 35’ 6” and with the center wing flap faired over, and with an SNJ2/NA50 style rudder installed. It is powered by a Pratt & Whitney R1340-61 3/2 geared engine.