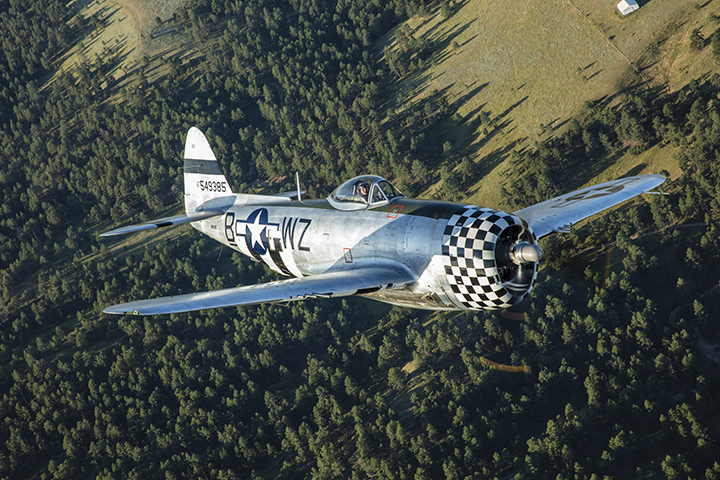 The Republic P-47 Thunderbolt was the real workhorse of the Allied victory. Nicknamed the “Jug” (short for “Juggernaut”) the P-47 was a heavyweight warbird and packed a devastating punch. More than 15,600 Thunderbolts were manufactured between 1941 and 1945 and they served in every theatre of the war performing a variety of missions from bomber escort to close air support.  The P-47 was a big plane. It was three feet wider than the P-51 and four feet longer. And at more than 10,000 pounds empty, it was about 50 percent heavier than the Mustang and nearly twice the weight of of the British Spitfire. In fact, along with the three-seat Grumman Avenger, the P-47 was among the heaviest single-engine aircraft of World War Two.