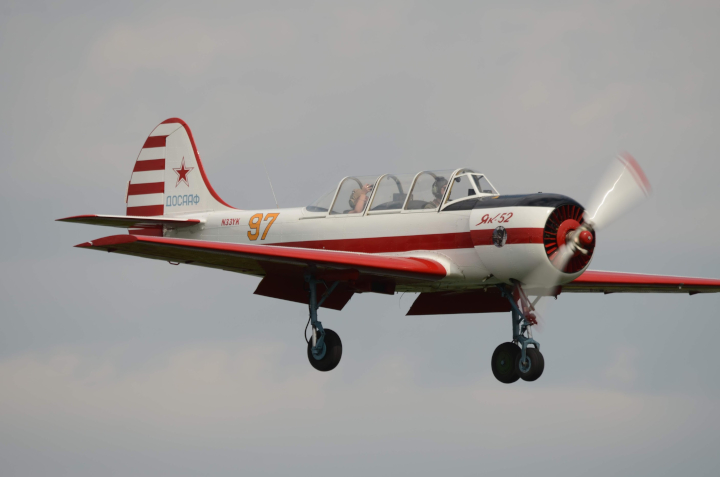 The Yakovlev Design Bureau’s Yak-52 is a primary trainer used by nations of the former Soviet Union, and is currently used as a primary trainer for eastern bloc military and civilian pilots. The Yak-52 was first introduced to the west in the early 1990’s after the collapse of the USSR. Approximately 200 of these aircraft are currently in operation in the United States, with many additional Yaks being flown by enthusiasts around the world.

The Yak is powered by a Vendeneyev M-14P, 9-cylinder radial engine which has been used in military aircraft and helicopters for years; this engine is also used in tanks and heavy equipment! This particular Yak was one of the very last military production models, built in 1990. and is owned and flown by Scott McMillan. Scott is a 4th generation Colorado Native who has flown professionally for United Airlines for 32 years. Scott is also a Certified Flight Instructor, Check Airman, and professional Air Boss on the airshow circuit.